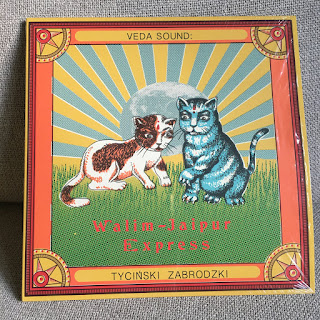 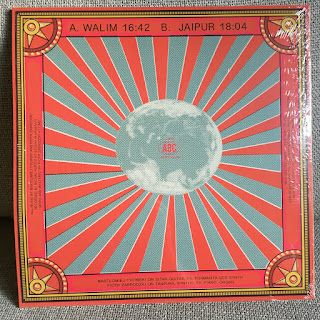 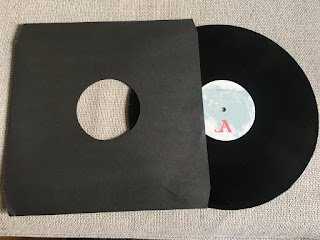 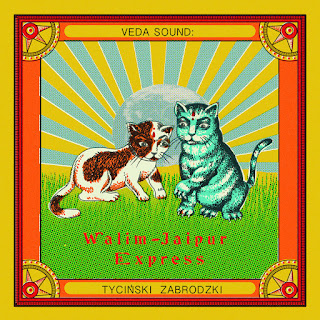 Two Polish musicians associated with LADO label - Bartek Tycinski and Piotr Zabrodzki have released a vinyl record which might seem has so many traits related to different aspects of experimental electronica, new age music, Indian raga music, dub, psychodelic progressive rock and minimal music yet is delivered in an unassuming simplicity and accessibility for so-called wider audience. A cover art resembling the best of the aesthetics of the Indian market kitschy pop psychodelia - sickly sweet candy.
The insides and the core of this piece is built on improvisational value of Indian raga, simplistic and updated, elevated to the revived spiritual aspect taken straight from La Monte Young, Marian Zazeela and Prandit Pran Nath minimalism, embedded in spacey electronic sauce of reverb and smoky flanger delayed astrophysics. There is a touch of dub in terms of production. A bit of beats comes in the second track that is a bit more acid and trippy yet very melancholical.
I guess it's one of those records where you actually can utilise it to evolving meditative state in a very arty way. Well done, guys!!! 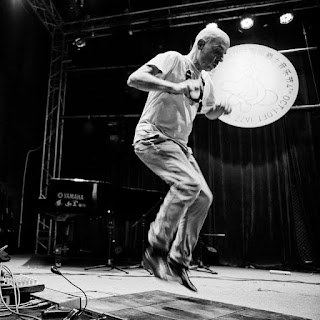 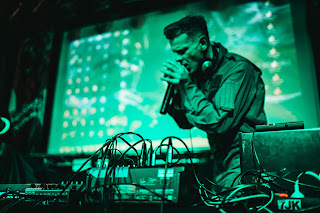