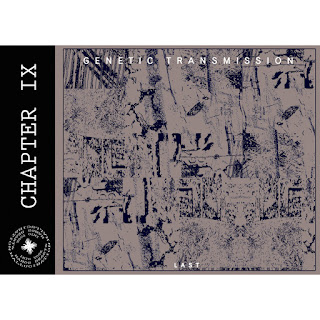 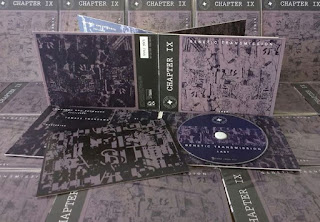 Individually numbered 444 copies of material that has been released before on cdr now emerges as a full cd in new packaging of Zoharum side series.
Tomasz Twardawa a.k.a. Genetic Transmission has been active for almost two decades composing high quality bruitish post-industrial dance macabre theatre with side kick to synthadelia and self-built  DIY instruments.
His minature etudes are over an hour long on this cd. Every piece is a story of hidden grim grotesque and inventive post-industrial soundscape of highly original nature. Tomek not only creates a visceral soundscape that is haunting and digs deeper. His style is worked out over a long period of time and is derived more from pre-industrial, futurist era of musical inventiveness which steers away from all the clichees of post-industrial idiom of noise ambient. He is one of those artists whose work can be described with certain adjectives but not necessarily put into standarized categories. At the same time he is true to the bone and although we might write theorems on how much this or that is contained in his formula there will be always insufficient array of means to put something that will truly describe his  work. Just enjoy - since it is the last one under this emblem.