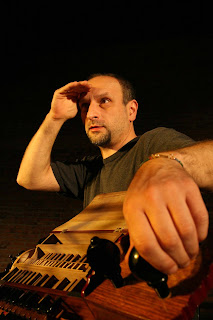 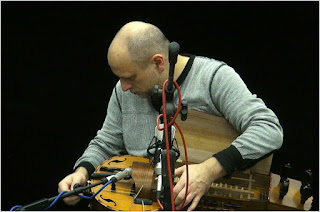 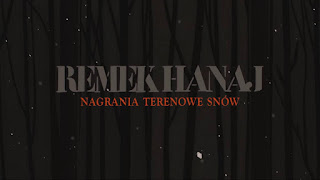 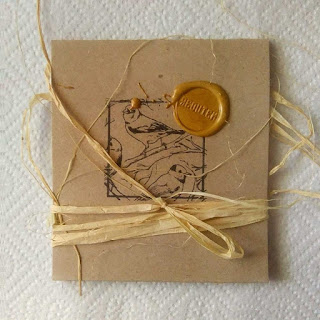 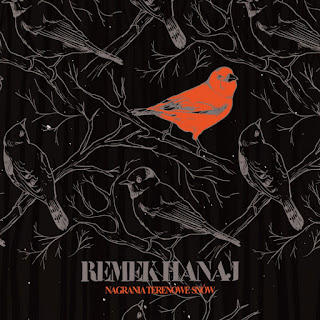 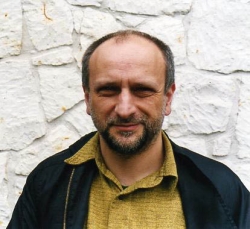 Remigiusz Mazur Hanaj, known for founding Polish legend Księżyc ( The Moon) and running other projects connected with roots of Polish ethnic music comes with a solo album released both as a vinyl and a compact disc record by invaluable Requiem Music.
It's difficult not to have some expectations before you actually start listening to this gem. Well obviously there is a point in that as Remek puts out really quality stuff.
"Nagrania terenowe snów" which you could easily translate into "field recordings of the dreams" weaves and invisible net entangling field recordings of Polish ethnic music, electronic experiments, Remek's compositions for fiddle and a drum with voices.
I was expecting some field recorded ambient with a slight touch of minimal ethnic music and experiments but actually I was surprised to hear that the contents possess a bomb of dynamics and has a varied non-linear narrative to it as so referring to the title - we are in the dream domain.
What I really like about this album is the fact that the experimental electronics weaved with blessed naivete of ethnic music emerge as something of a samizdat, DIY feel to it - Remek's background is clearly from the ethos of experimental post-punk rather than clichee, clinical academia of experiments.
It has the rough quality to it, sort of rashness - the album is definitely a work of well-thought through artist who has definite experience and identity in the making but never falls below certain level of quality.
What's more we have a presence of one of the fathers of Polish experimental music - the late Eugeniusz Rudnik and his tape experiments.
Definitely one of these albums you want to go back to again and again - getting the core of its very grain.