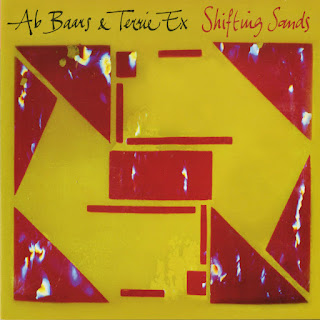 Terrie Hessels Ex and Ab Baars took a long hiatus between now and the last collaboration. Terrie usually occupied with ever expanding formula of The Ex and Ab Baars active since 1970's famous for his work released by Atavistic and working with free jass luminaries merge their forces to create an equivalent to a bit turpistic and expressionistic approach towards the improvised chaos organised by solid foundations of craft.
There is a hungry ghost of punk spirit behind it with savage energy and abruptness and the forward leading energy that doesn't bear melancholy or softer shades of music but instead of that rather ploughs through towards the whizzing sound of metal and reeds.
I am not entirely sure if something of this album is left there to consume after couple of listenings but hopefully the master skills of both Terrie and Ab preserve it to discover once again, listening after listening ....

Bandcamp page of the project