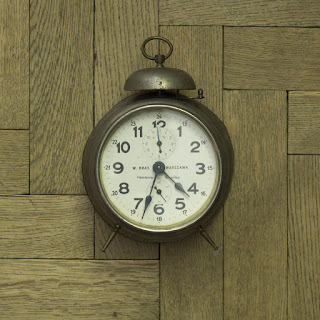 Paweł Kulczyński a.k.a. Lautbild a.k.a. Wilhelm Bras is coming with a new album beautifully edited to the vinyl format - watch out the amber version!
With his previous work he opened a very high fidelity gate of experiments which stem both from the insider view of the DIY electronics, especially the modular synthesis, post-techno dynamics, slightly academic and sonorous electronic experiments which to me will always remind of Experimental Studio of Polish Radio and luminaries such as Tod Dockstader, at least it is my private association.
Wilhelm Bras sets his own course - "genre" is an obsolete framework to describe what he is doing - with all the clear sense of direction and keen sense of re-inventing himself if you consider how much effort he is putting both in creating new scores and creating his own physical music-making tools.
In his work he is creating a sense of equlibrium which is both tempting and fantastically imaginative to the point that you may feel swimming in sound.
With quite distinctive sense of dystopia in the titles you may think that this idealistic construct conveys the idea of an interesig sort of acceptance and compromising the framework of humanity succumbing to the perseverance of artificial development of awareness and certain sense of spirituality. But these musings float only on the surface of dynamic and dense music that is presented here.