Wake the Dead by The Third Eye Foundation 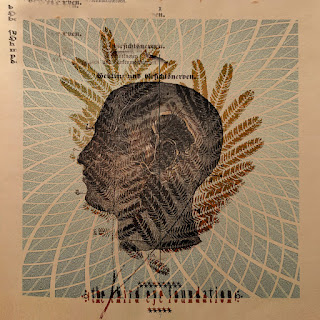 Matt Elliot is a legend.
He started with hauntingly beautiful drum and bass The Thrid Eye Foundation which went through some interesting phases and changes moving on later on towards more "traditional" acoustic sound which was under the label of his own name.
Still after all these years TTEF went on to transform itself and is coming back with a new album in a new form, with new interesting harmonies.
Reading the introduction on Matt's bandcamp page to the new album you can clearly recognise that deeper, metaphysical and existential twist to his musings.
There is plenty of it on his new album - it's really deep -puts you in the grey area of "The others" where you actually start recognising the choices that bring you to the momentum of taking things for granted - the area of the mind and the soul which gives you a hint how soul-less and dehumanising the outer world has become - where does it leave us as far as "certainty" is involved?
His new album presents itself as a great mix of the spirit of his earlier adventures and new sounds - some inch of dubstep drama and interesting instrumental harmonies made together with his collaborators.
Definitely one of the albums you want to listen to again and again.
the third eye foundation bandcamp