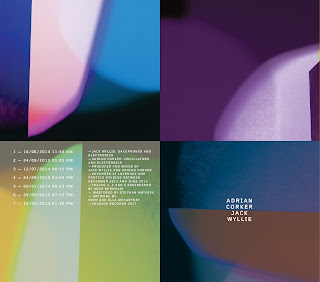 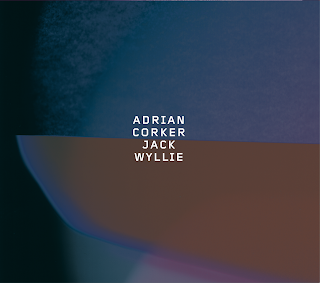 Two unassuming titans of diverse profiles join their forces to create quite an involving masterpiece.
Adrian Corker works here primarily with electronics creates an interesting base for Jack Wyllie reed instruments themes. There isn't much experimentation here per se in terms of creating typically improvised sets here but a gentle communication between those two to help create a piece that is comprehensive.
Jack has a very good aptitude for creating melodious patterns and themes who can work within any moving images context. There is a lot of lyricism and even mystery in it which mingles and blends greatly with Adrian's subtle electronics.
It's definitely one of those albums which you need to come back to as it contains so many different elements which you can easily overlook. Atmospheric and yet great for any kind of meditative, and focus-requiring tasks that can easily build a soundtrack to anything you do.
Both of the gentleman have quite an impressive porfolio.
Adrian has worked with late director Antonia Bird and now working with Rowan Joffe. He has worked with Chris Watson, Richard Skelton and Sam Amidon, Rie Nakajima, Jem Finer to name just a few.
Jack has been a Mercury Music prize nominee, founding member of Portico Quartet, Szun Waves and released good couple of eps which were techno influenced.