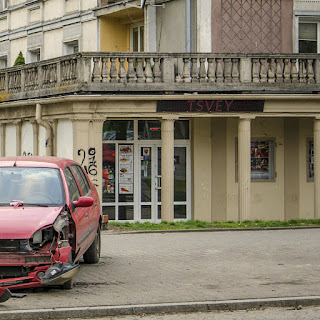 MiK.Music.!. has been out there for two decades in the making. Their unprecedented way towards design, music and traversing the genres of electronic music and not only is like never seen or heard before although it taps into known tropes and traits.
Here we have two giants of the label coming back to the source of absurd and generating a true milestone - unassumingly and unpretentious, full of humour, sways of creativity and funky obscurity of rave-like pendolino - tight as a Monday morning after heavy night of sickly soda drinking and rich in idioms of every day boredom madness.
Finding an epithome of an experiment in a glitch of burnt milk and stale rolls, ping pong beats that went missing after the laptop has been deduced from your RAM and started living life of its own. Your cd-rs skipping the beat in old car of your cousin - which were apparently bought from a shady car dealer.
It's all here - waking up from distorted dream of a big rhythmic shuffle. The dust. The joy. The naivete. The pursuit of it all.