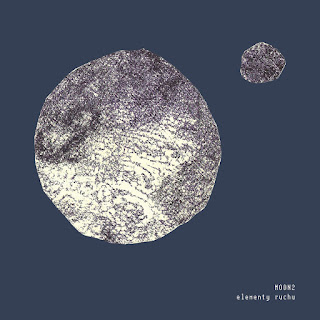 Cracow in Poland has always been an interesting place of cross cultural clashes and crashes and despite quite conservative fog of both political and cultural grievances it erupts with variety of projects such as this one with Denis Kolokol, Tomek Chołoniewski and Ernest Ogórek as well as Marcin Barski and Agata Woźnicka as narrators.
Denis, Tomek and Ernest have great background both in contemporary composed and improvised music, have proved many times that they don't take themselves too seriously and with earnest childlike naivete they are able to create some interesting forms.
Moon2 explores new terrain of experiments with different algorithms - using natural sounds of bass and percussion they create a fabulous form of space kraut opera with spoken word and narrative.
The sonorous textures are used here with mastery class of skill - creating the tissue that is both interesting and has the listeners in grip. But leaving aside the experiments - this album contains an explosive element of groove and beat that is undeniable.
It's quite rare to actually feel the under-the-skin improv influence and at the same time feel some undeniably fun material to listen to and definitely come back to it again and again. Well done, guys!