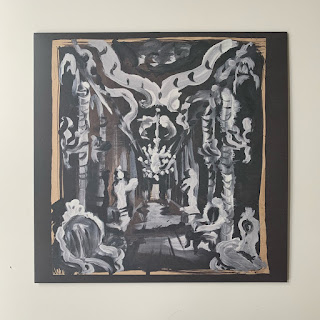 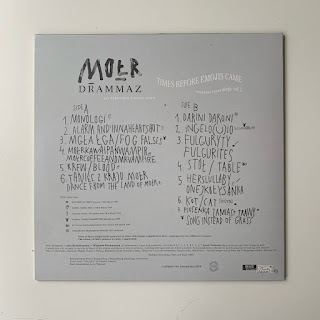 A new vinyl release of Mołr Drammaz released by Lullabies for Insomniacs is actually a time before time archive release.
Imagine an experimental pop in a strange and murky toytronica drum glitch party inside your Macbook where the designating decimal code is overthrown with a balance of the Unknown.
The wild experimentalism which has a powerful drive and both a dense rhythmical structure that you can feel as it traverses all the known references of African and Brazilian beats, more modern dervatives that Wojtek and Asia would cite in the example of Talking Heads and above all this the grainy unpredictability of the IDM electronics in a hot steamy sauce.
The self-governing mechanisms of punctuation and other linguistical meta-practice transposes their influence on the structure of music. Sometimes you feel it as a rush after a dwindling coma or a flashy semicolon.
After years of Mołr Drammaz being hyperactive and evolving this compilation is a testament of how fresh it still sounds and how meaningful and full of interesting idioms this music is. A design for a new type of beat.