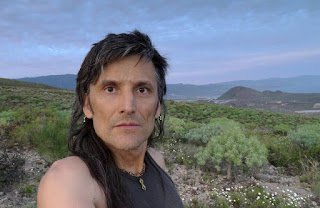 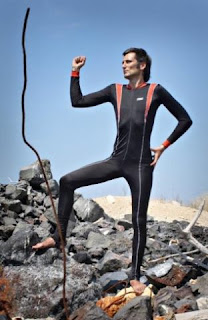 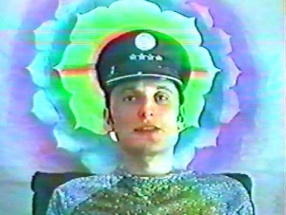 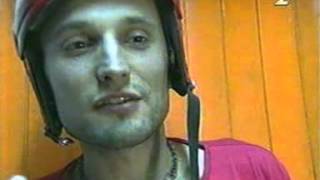 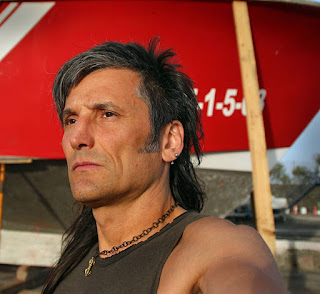 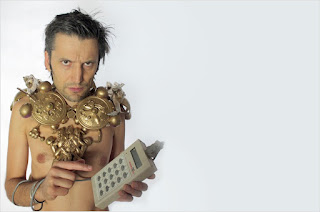 Marcelo Zammenhoff (Piotr Wygachewicz) is one of those artists that you might definitely feel difficult to classify and qualify as just an artist.
Born and bred in Łódź, Poland which itself is a place with industrial past, seems like a perfect place to breed an outsider, hungry for breaking barriers and discovering new domains.
He started off in the late 1980's though interested in the transgressive and experimental art since mid 80's. His "Telewizja Antlantyda" (Atlantis TV) was a sketchy and full of psychodelic sense of humour quasi tv show that invited lots of deconstructivism into the world of entheogenic discovery trip along with acid techno and post-industrial influenced soundscape of an artist playing with cultural clichees and common sense. It was later aired on Polish tv between 1993 and 1995. Plazma tv - an independent art group continued the style and idea behind this.
Marcelo is a master of conceptual approach, very structured, having base in sociological and philosophical ideas of both post-modern intellectualism, deep spirituality transported into the consciousness of the late XXth/early XXIst century man lost in the rave and contemporary art forms.
He curated Digithallyteque - an art festival and also coined his own terms of psychotrance and procadence into the Polish language of late 90's culture.
His audiovisual endeavours which apart from being a proper artistic in form, have quite functional, commercial aspect - he builds custom made LED lamps, fluorescent lamps, lasers, LCD's upon order.
Numerous art actions, events, installations and shows are but a part of his activity which revolve around music.
He started with F.P.Z. active between 1986 and 1989, then psychodelic acid techno Morris Generativ till 1993, straight after that Protoplazma till 2003 with simultaneous Górecki-500, and the latest Mikrowafle from 2004 and Throbbing Wafle from 2006.
As you tread along his musical you can definitely see there is a well-rounded progress and interesting twists and turns in his career. From the technoidal acid beats with the form of post-punk and post-industrial defying cultural and bigoted social standards ( one of the editions had a model of catholic pope with twinkling eyeballs). Above all this there is incessant swirl of prankster sense of humour.
His last up to date musical project is Throbbing Wafle - a subversive travestation quote of an industrial music founders led by Andrew Megson with the likes of Cosy Fanni-Tutti, Coil-founder Sleazy and Chris Carter.
Throbbing Wafle is both an ironic eyeblink towards quite frankly, a quite limited number of people who actually listen and are fans of the original TG but also a feisty shadow play with the musical standards that the original brought to the face of the music in the 80's, 90's and so on.
It's fun to listen and it is definitely a work of art of a mature artists who know how to deal with the poster image and the unmoovable stool that legends tend to sit on. On the other hand it's pretty decent bit of electro post-industrial that is rough and harsh, evocative and playful still keeping the venomous, insidious quality of the original. 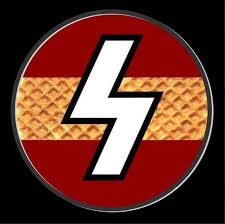 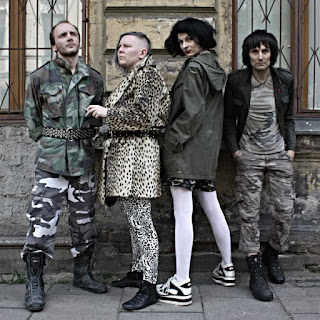